Error coins and variety coins are some of the most sought after by coin collectors. This is the area where the general public who are not coin collectors themselves most often come into contact with our hobby. Most folks are well aware of the increased value of certain types of variety and error coins. So when in the course of normal day to day affairs they come into contact with a coin that is “not normal” they make note of it wondering if today is their lucky day! From the standpoint of the non-coin collecting public, we are asked more questions about these categories of coins than any other.

For a host of reasons primarily tied to anti-counterfeiting, the U.S. Mint tries mightily to make every coin as detailed and as exacting as possible. Producing a coin to a high standard makes it difficult for some miscreant to fake it. So when things do not go perfectly and there is a difference to some coins from the attempted norm, a variety coin or error coin has been created. These coins by their nature are much rarer than the normal coins. Thus collectors who covet owning the rarest example are apt to spend higher amounts of money to acquire them than they would on a normal coin.

An important distinction is that a coin is not considered an error or variety when the differences fall in what is called Mint Tolerance. These are machine doubling, weak strike, die chips, breaks, minor off-center strikes and rotations that are so minor in nature as to be insignificant for the purposes of anti-counterfeiting and thus not of interest to a coin collector either. Note that whether it is an error coin or a variety coin it must have happened at the Mint, before the coin is released into circulation. Anything that may happen to a coin from that point will not create a variety or error.

It can be difficult for the amateur or even a seasoned coin collector to discern error coins from a normal coin with the typical wear and tear that a circulating coin receives. So it is best to show it to a reputable rare coin dealer to be sure. Values are lower for modern coins and higher when encountered in the older series.

Error Coins occur in single instances to small batches. They are unintentional mistakes or abnormalities made during the striking process as a result of human or mechanical error. In most cases the Mint will make every attempt to identify and destroy these. It is possible for an error coin to contain more than one error. You know how it goes, once something goes wrong, well . . . 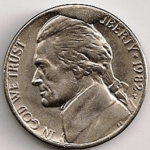 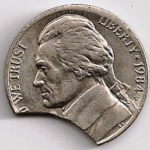 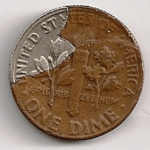 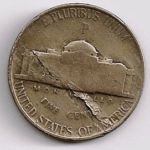 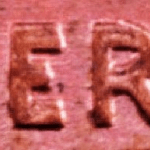 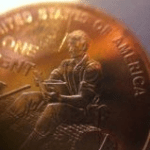 Types of Coin Errors
Errors are broken up into three major categories.

Die Error
– Defective Die are instances where the die used to strike the coin is damaged in some way.
– Cud results from a broken die.

Variety Coins generally occur in batches. They are caused by intentional and unintentional changes to dies before the coins are struck. Since the difference is on the die itself, it generally follows that a number of coins will display this difference. These differences can be cataloged and many coin collectors try to assemble them as part of their collection of that type of coin. IE a collector of Mercury dimes may want to include a 1942/41 overdate as it will add dimension to an assemblage of that coin series. There isn’t a list of varieties as there are with error coins.

Email, Text, or Use This Form To Send Us Your Inventory List or Pictures